Backlash against Will Smith lacks nuance 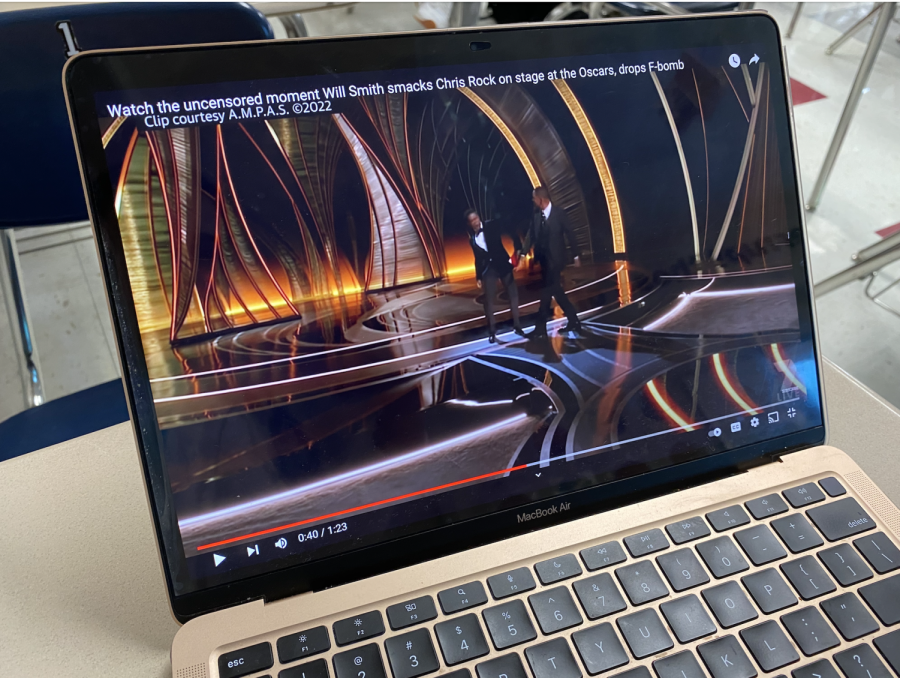 When viewers tuned in to the ninety-fourth annual academy awards, it is suffice to say they expected more of the usual; impedibly dressed stars, stale self-deprecating humor from Hollywood’s most prominent comedians, and a few sappy speeches.

No one could have anticipated what became one of the most notorious moments in Oscars history, an altercation between best-actor actor Will Smith and comedian Chris Rock, who was presenting an award when the incident occured.

Before announcing the winner of said award, Rock addressed the audience, light heartedly antagonizing some of the most celebrated stars there. All seemed to be going smoothly until Rock shifted his focus to Will and Jada Pinkett Smith, referring to the latter as “G.I Jane,” a reference to Pinkett Smith’s lack of hair.

Unbeknownst to most of the public, Pinkett Smith is currently struggling with alopecia, a disease that causes hair loss. While at first it appeared the pair would laugh the facetious dig off, things soon escalated.

Will Smith mounted the stage, approached Rock and struck him. As the event aired live, the audio was immediately cut. Audiences were left stunned, wondering if what they had just witnessed was staged. Australian footage of the event later revealed the entire incident with audio, picking up what Smith yelled as he returned to his seat.

Smith explicitly told Rock to “keep [his] wife’s name out [his] mouth” as the audience of aghast celebrities looked on. Altogether, the program was able to move on from the incident relatively quickly, but the interruption would be impossible for audiences to forget.

Immediately, the public reacted. The hashtag “arrest Will Smith” was trending with thousands of tweets, with large celebrities voicing their opinions including Nicki Minaj, Mark Hamill, Judd Apatow, and more.

It is interesting to note the speed of which the public was willing to condemn such a previously beloved celebrity. While Smith’s actions were entirely out of line, the sheer amount of public outcry and the extent of it represent the public’s current inability to approach controversial subjects with an ounce of nuance- or empathy.

Violence, particularly at such a dignified event – is an unjustifiable reaction. However, explanation does not serve as justification, and provides necessary context when understanding the motivation behind someone’s actions. It’s especially pertinent to acknowledge this motivation when someone’s actions don’t align with their typical persona.

When Smith struck Rock, it is suffice to say he was not acting as the Will Smith presented to the public, he wasn’t the ‘Best Actor’ at the Oscars, he was a husband seeing his wife humiliated and in pain.

It is innately human to want to protect those we love, and while Smith most certainly could have handled the situation better (waiting until the awards were over, perhaps) no one is exempt from being led by strong emotion when someone they love is being targeted.

And while many may view Rock’s comment as a harmless joke- it perpetuates harmful rhetoric about those suffering from alopecia, and exploring this idea further, is emphasized due to Pinkett Smith’s identity as a Black woman, as this group has historically been discriminated against for their hair.

As the public outcry continues, many demand that Smith has his ‘Best Actor’ award stripped from him, and he be barred from further award shows. However, this is a hard pill to swallow for those who note the fact that Harvey Weinstein has yet to be stripped of his eighty-one academy awards.

So, why is the public reaction so disproportionate to that which we have seen for other celebrities who have publicly misstepped. Why, as a public, are we willing to extend empathy towards Morgan Wallen – who infamously was caught on video screaming racial slurs earlier in the year. Why is J.K Rowling afforded a platform following her numerous transphobic twitter rants? How does Chris Brown remain one of the most streamed musicians of our generation when we all witnessed him abuse Rhianna just years prior?

While Smith will likely recover from this, though the event will certainly have severe ramifications towards his image – this issue is broader than just the altercation between Smith and Rock. It presents a larger issue, how we as a public pick-and-choose who is worthy of another chance, and are often blindly led by mob-mentality, refusing to examine the issue from an angle not presented to us on our Twitter feeds.

And it begs the question, if Smith has built up such an upstanding reputation throughout the years, why was the public able to turn against him so quickly, and why does it feel as if they were waiting for the previously beloved star to finally cross a line?