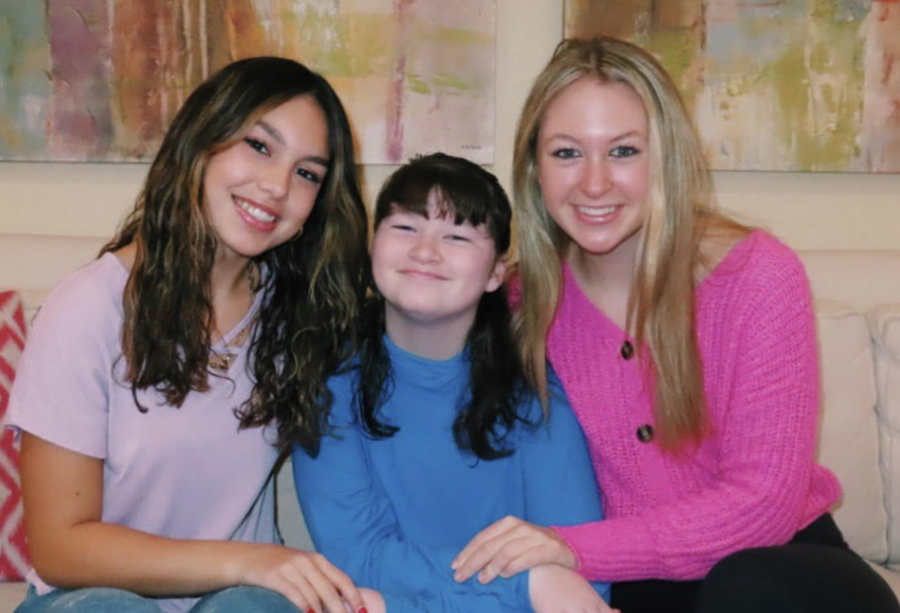 Angelman Syndrome, also known as AS, is a genetic disorder that causes developmental disabilities for around 200,000 people every year. Some of the effects of AS are difficulty speaking, trouble of balance and coordination. With no cure for the disorder currently, Sophomores Hailey Bosworth and Kayla Najera have both begun a fundraiser to help the Angelman Syndrome Foundation, a foundation that looks to find a cure for AS.

Thirteen year old Reese Bosworth is one of the thousands of children in the world who has been diagnosed with AS, leading her to be mute, yet she continues to always have a smile on her face. To help people like Reese, Hailey and Kayla’s fundraiser for AS revolves around a bake sale, in which it is $10 for six cookies or bars. The name of the baking company is called Angel Sweets, named after Angelman Syndrome, and all proceeds the girls make goes directly to the Angelman Syndrome Foundation.

Angel Sweets sells two different types of baked goods, including a “Choco-latte chip” and a “Gimme S’mores bar”. These goods ship by the beginning of the New Year for Early December payments, and after that, you can get your goods after about a month and payment is only taken in cash or Venmo. Nevertheless, Hailey and Kayla have both started a company that can only benefit those that have AS, including Reese, and that type of dedication for a cause like Angelman Syndrome is truly inspiring.