A Mash of Thanksgiving Celebrations 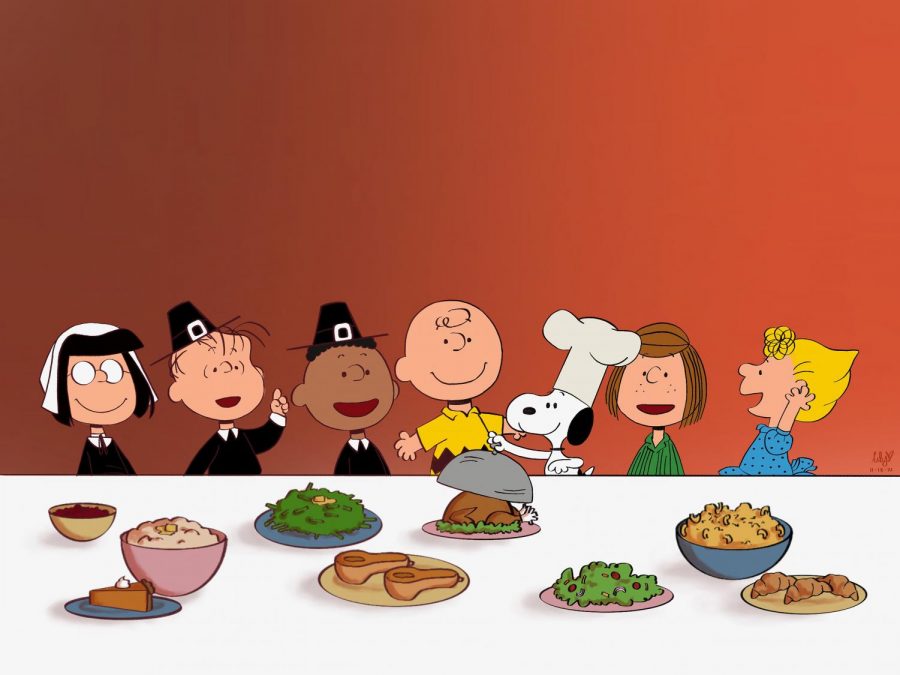 The “first” true idea of Thanksgiving is taught and remembered as the cheerful feast in 1621 including the pilgrims and Wampanoag tribe (Native Americans). Since elementary school, we have been taught a Thanksgiving laden with not only food, but also peace- specifically between pilgrims and natives- which we can attribute to the Indian hats we made using colored construction paper.

However, this education only shows the innocuous marshmallows above the hidden orange mush of sweet potatoes. Just like this famous Thanksgiving dish, the underlying foundation of the November holiday is sweet. But the most greatly anticipated and memorable part is the sweetest and the most modified. The marshmallow. The fluff that everyone believes because they want to. In fact, the idea for marshmallows on top of sweet potatoes was only introduced in 1917 (about 300 years later apart from the first perceived Thanksgiving) by a cookbook designer Janet McKenzie-Hill, hired by marshmallow manufacturers to increase consumption of their products.

But what came before the marshmallows? What lies underneath? The “first” acknowledged Thanksgiving feast was a special day of unification between the pilgrims and Native Americans. The twist is that the European pilgrims were, in part, merely celebrating the genocide of thousands of indigenous people as the perpetrators, as well as their plunder and pillage of the natives’ land with enough food to last three days. Supporting this idea, a Time article about Thanksgiving reveals that “The first official mention of a ‘Thanksgiving’ celebration occurs in 1637, after the colonists brutally massacre an entire Pequot village, then subsequently celebrate their barbaric victory.”

In addition, contrary to popular belief, there is no solid evidence that the tribe that attended the feast, the Wamponag, were invited. The few Native Americans that remained feasted with the Europeans only, as historians calculate, in attempts to create a better relationship with them for protection of their dying community. According to a Smithsonian article, “Known as King Philip’s War (or the Great Narragansett War), the conflict devastated the Wampanoags and forever shifted the balance of power in favor of European arrivals. Wampanoags today remember the Pilgrims’ entry to their homeland as a day of deep mourning, rather than a moment of giving thanks.” Thanksgiving isn’t always the sunshine and sweet potatoes it is portrayed to be, the Wampanoags being a prime example.

Furthermore, “Teachers, professors, and Native Americans told The New York Times that they are rethinking the holiday that has marginalized the US’s violence and cruelty against Native Americans, giving it names like “Takesgiving” and “The Thanksgiving Massacre,” an Insider article informs. Even the iconic Thanksgiving cornucopia is misleading- although this Thanksgiving centerpiece is a popular symbol for the holiday, the cornucopia originated from ancient Greece. The cornucopia is a symbol for a prolific harvest, which (as in the holiday’s case) came at the cost of extremely unethical means, namely genocide.

We have transformed Thanksgiving in more ways than one. More specifically, Thanksgiving was more religious, as proven in Bernardsville, New Jersey. From a survey conducted, about half the students at BHS who responded stated they didn’t say a prayer before eating at Thanksgiving. This is much unlike our ancestors depicted in the famous painting of “The First Thanksgiving of Plymouth” by Jennie Augusta Brownscombe including William Bradford standing and making a prayer at the table with colonists at the front end of the table and Native Americans at the far end. In this painting, three Native Americans are seated at the table- the rest are sitting on the floor in an inferior position. Another transformation of the special November holiday is TV dinners. These instant, frozen meals were created from an overstock of Turkey, which sparked the idea for a (Thanksgiving) meal that one could easily reheat. Americans have transformed an hours- long preparation of food into a minute’s worth.