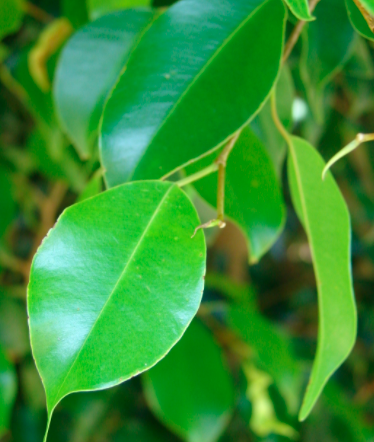 The official website of New Jersey, under the New Jersey COVID-19 information hub, published information recently informing readers that “under experimental conditions, researchers found that the COVID-19 virus stayed viable in the air for three hours. The researchers estimate that in most real-world situations, the virus would remain suspended in the air for about 30 minutes, before settling onto surfaces.”

So is this virus airborne? According to the previously mentioned official New Jersey website, “The traditional definition of airborne transmission is that small droplets containing a pathogen remaining viable over long time periods travel long distances in the air and infect other people when the pathogen is breathed in.”

In light of this, how can we rid the air of these miniscule saliva droplets that can linger in the air from 30 minutes to hours, called aerosols, that might be infected with Covid-19? Air purifiers may be the best option. Dyson, a popular manufacturer of cleaning products, is inventing fresh, unconventional, and innovative air purifiers. The company has a patent pending for air purifying headphones. The possibility of this new marvel is exciting, as it is designed to allow the wearer to listen to music while purifying the air.

If you want to skip the new gimmicks, you can always opt for natural sources of air purification. For example, Himalayan salt lamps, plants, and machine air purifiers are said to effectively purify the air.

There have not been any substantial studies supporting the purported benefits, and the lamps don’t “put off enough negative ions to help remove air particulates. There is no evidence that the lamp can absorb toxins. There isn’t even proof that sodium chloride, a stable compound, can absorb toxins through the air,” Mandy Ferreira remarks in her article on Healthline. This article was medically reviewed by Debra Rose Wilson, Ph.D., MSN, R.N., IBCLC, AHN-BC, CHT. Despite this shortcoming and incapability, one study indicated that the salt lamp reduces depression.

Knowledge from the American Psychological Association has suggested that these salt lamps “show particular promise. [They use] negative air-ion therapy, where people passively receive charged particles from an electronic device[]” to treat SAD, or Seasonal Affective Disorder. This negative charge (produced by the salt lamps) is also associated with better oxygen intake.

Could plants do the job? They add oxygen to the air during photosynthesis, and they absorb volatile organic compounds (VACs) and other harmful toxins in the air. NASA (National Aeronautics and Space Administration, U.S.A.) conducted a study with ACLA (Associated Landscape Contractors of America) to find which plants best cleaned the air at space stations. NASA recommended The Areca Palm, Snake Plant, Money Plant, Gerbera Daisy, Chinese Evergreens, Spider Plant, Aloe Vera, Broad Lady Palm, dragon tree, chrysanthemums, Rubber Plants, and Poinsettias. These plants can remove specific toxins in the air known to cause cancer. Such toxins include formaldehyde, benzene, xylene, and toluene, and trichloroethylene.

Bill Wolverton, a former NASA research scientist who conducted the aforementioned 1989 plant study reports that without expensive experiments and testing, “ ‘it’s impossible to guess how many plants might be needed to clean a room of its contaminants.’ But he usually recommends at least two ‘good sized’ plants per 100 square feet of interior space.”

Furthermore, plants can be a small addition to help air purification and also promote strong mental health. An article from the National Library of Medicine reports that “results [from a study conducted by Min-Sun Lee, Juyoung Lee, Bum-Jin Park, Yoshifumi Miyazaki] suggest that active interaction with indoor plants can reduce physiological and psychological stress compared with mental work. This is accomplished through suppression of sympathetic nervous system activity and diastolic blood pressure and promotion of comfortable, soothed, and natural feelings.”

However, to get the best results for indoor air purification, you should invest in air purifiers. According to a Forbes article, “Air purifiers use filters to trap particles like dust, smoke, pet dander, and mold. The best air purifiers are so effective that they can remove up to 99% of pollutants and contaminants from indoor air.”

After testing and evaluating multiple air purifiers, the Forbes team wrote: “With up to 600 square feet of coverage space and whisper-quiet operation, the Molekule Air is the best air purifier for most people.”

Can these filters remove and filter saliva droplets containing this dangerous pathogen? The answer is both yes and no. From information from the CDC, high quality air purifiers can lower the threat of transmitting the disease by decreasing the concentration of infected air droplets. The CDC emphasises that regular hygiene and healthy habits are still equally crucial

The NY Times has ranked numerous air purifiers based on multiple criteria and have announced their pick: Coway AP-1512HH Mighty. They said “within 30 minutes, the Coway AP-1512HH Mighty reduced heavy smoke pollution in a 135-square-foot, 1,215-cubic-foot New York office by as much as 99.6” “And when we tested it during ongoing smoke conditions in a vast Los Angeles conference room of nearly 10,000 cubic feet—more than twice as large as the Coway Mighty’s specs would seemingly allow—it cut particulate pollution by almost 70% in an hour.”