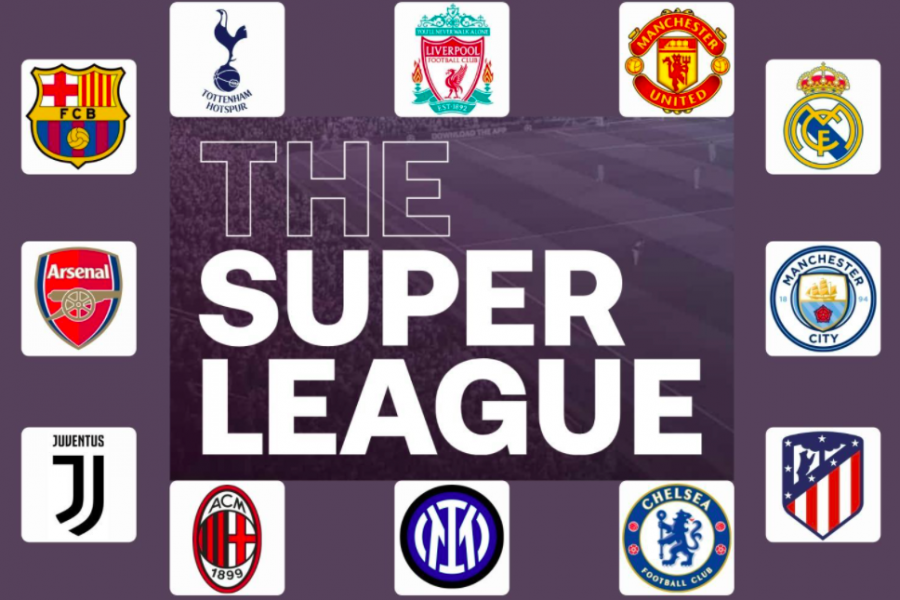 In one of the craziest sports stories of this year, soccer fans’ worst nightmare became a reality, as news regarding the creation of a European “Super League” was announced throughout Sunday. The league was founded by 12 European powerhouse clubs that would play midweek games starting in 2023. All the pent-up aggression by international football fans settled down, as the majority of the clubs backed out of the “Super League” by Tuesday evening, and the league was ultimately shut down after unbearable pressure from UEFA, FIFA, respective National Governments, and most of all, from the players, coaches and fans.

Here are the 12 founding clubs from across Europe:

While the league was later canceled as mentioned before, the story behind its formation makes it that much more interesting.

For all non-international football fans, the best analogy one can give is this: imagine the 12 best teams in college football all decided to leave their conferences, and the NCAA, to form one “super league”. Iconic programs like Alabama, Clemson, Ohio State, and Oklahoma would be facing each other every week if this were to happen.

As for the imminent soccer fans, this idea leads to absolute chaos. The breakaway league had a zoom meeting this past weekend to discuss whether they would go through with this league, and if it was truly going to benefit these top-tier clubs.

Manchester City was the first club to withdraw from the “Super League,” followed by fellow English club Chelsea. As one club left, more followed, and the hopes of starting this league are dead in the ground.

So why start this league now and ruin all traditions in international football?

The majority of the clubs that joined the “Super League” are struggling to finance pricey contracts especially after the COVID-19 pandemic, where revenue took a massive dip due to the absence of fans in the stands. Playing in a secure league of football’s giants would have secured an incredible amount of financial security for those clubs. If a top club misses out on the famous “Champions League,” where spots are earned through success in their respective domestic leagues, the financial hit is significant. The “Super League” eliminates that possibility. With the COVID-19 vaccination distribution making little progress in Europe, these top clubs felt this helps the owners, the players, and the teams put money in their pockets.

The man behind all the madness is Florentino Perez, who is currently the owner of Real Madrid. Perez, who is viewed as an icon in the sport, was one of the main drivers behind this league. Perez still stands by his philosophy behind organizing the league, despite the massive failure.

FIFA and other major organizations looked to step in and issue the eventual sanction who take part in the ‘Super League,’ ending all hopes of changing the way international football is played.