BHS’ Opinion on the Second Impeachment and the Capitol Riots 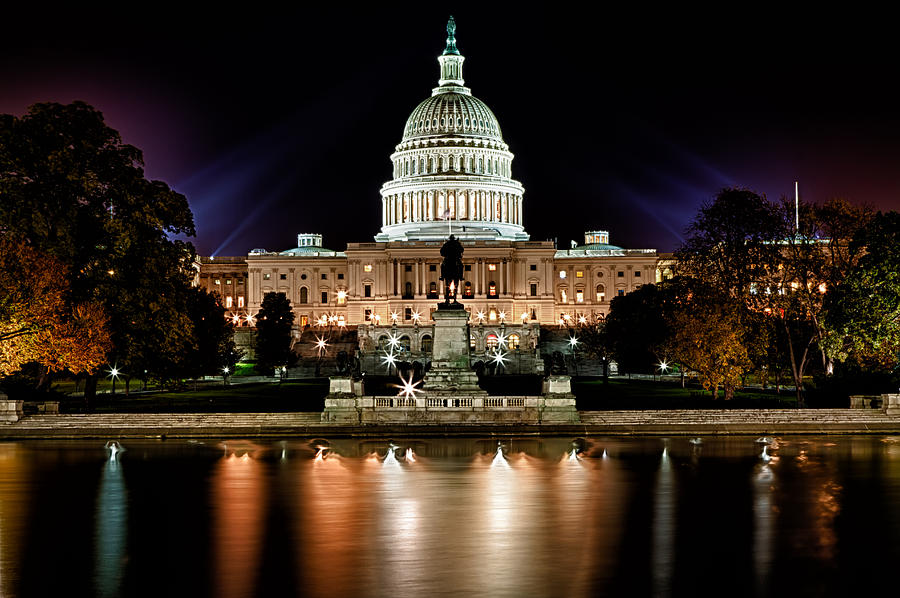 With the country seeming more divided than ever, we conducted a survey among BHS to see where our own school stands. In the survey, the following questions were asked:

Do you think (then-)President Trump should have been impeached?

What would you call the attack on the Capitol on January 6?

Do you think the attack on the Capitol on January 6 can be justified?

Do you think Trump should have also been removed from office?

Do you think Trump should be prevented from ever holding office again?

Here are the results: 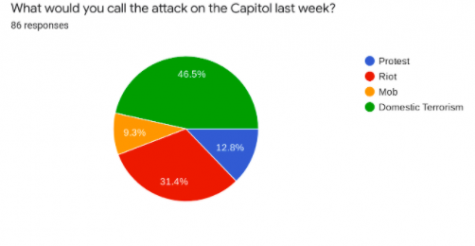 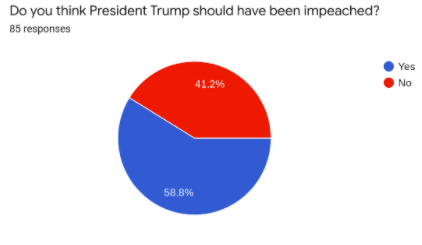 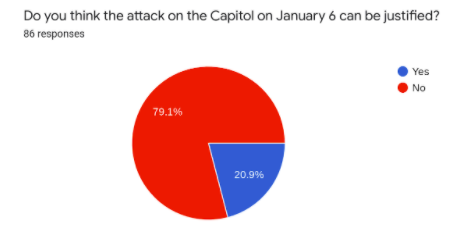 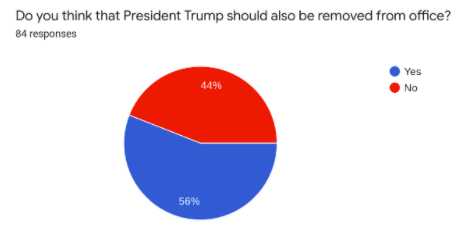 Student’s were also asked for any additional comments.

When asked about the Capitol attacks, Alec Hoskins ‘24 said, “I am a conservative but I do not think that breaking into the Capitol building is something that can be justified no matter your point or what you are trying to say.”

“I think it was a protest, that could have been carried out in a different way, but I do not think it was a riot or terrorism,”  replied Ella Warnock ‘21.

When asked about the impeachment of President Trump, Emma Menz ‘21 said, “It is completely justified. He incited a violent invasion of the capital and an attempted coup through his followers. He should still be held accountable for his actions even if he only had a couple of days left in office at the time. He committed a crime and should receive the consequences for it. If he is not held accountable, it will set a bad precedent and show that the government tolerates this kind of behavior in its leaders.”

Ty Stauffer ‘23 said, “They are claiming incitement of violence by stretching the very little evidence there is to a massive extreme. I wish they hadn’t suspended Trump’s twitter so I could look for evidence on the matter to either prove or disprove the incitement of violence claim. I have a hard time trusting screenshots because they are incredibly easy to fake.” 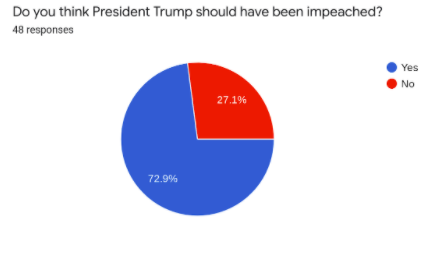 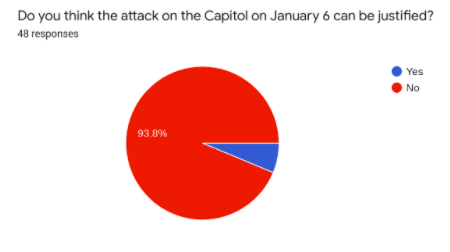