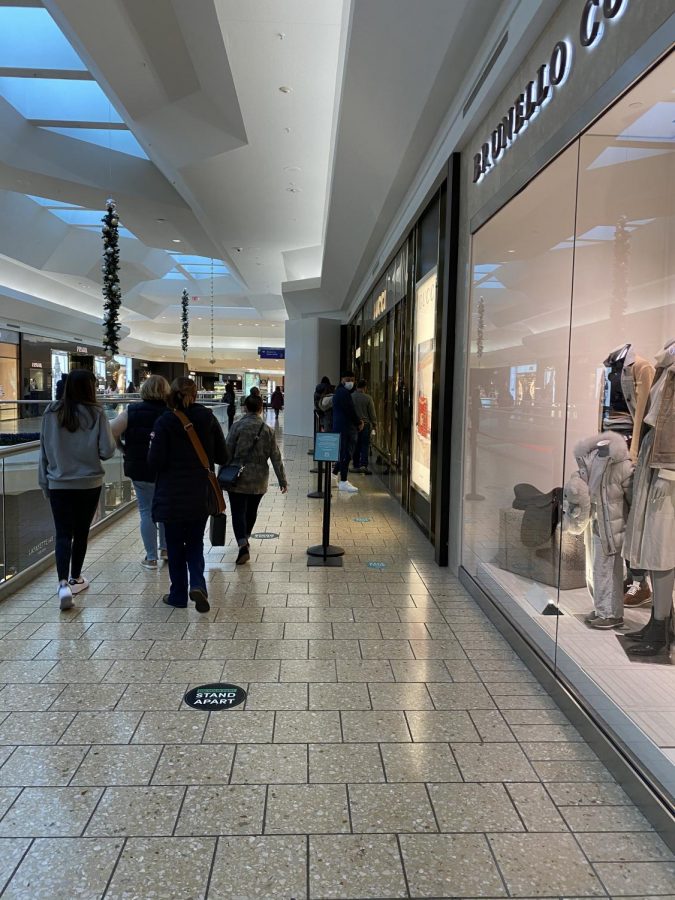 Hiding Behind a Mask
COVID-19 has changed everyone’s lives in ways that no one saw coming. A recent issue that has surfaced due to COVID-19 guidelines is an increase in shoplifting and theft. Mask usage is only making jobs more difficult for law enforcement workers. When people enter a store, and half of their face is covered by a required mask, it makes the action of stealing much easier for them, and much more difficult to be caught.
Malls, small businesses, and other stores are being affected greatly by the customers who are choosing to hide behind their surgical masks. With everyone wearing masks when out in public, there has been a large increase in criminal activity such as, stealing, robberies, break-ins, ect. The employee rate is now at 14.7% and there is not as much supervision for customers when shopping in stores, along with this, the NJ jail population dropped below 4,000 prisoners for the first time in 74 years. Meaning that there are more criminals out on the loose.
After interviewing a local store owner about these travisties I was assured that it indeed was true. She stated, “Definitely, we have noticed a significant decrease in inventory and it is unexplained with our unsteady amount of income.”
According to a Newsweek article about the rising issues it was recorded in San Leonardo at a Walmart store that a man stole $780 worth of energy drinks. After that, it was more recently reported that a man in Hamilton township robbed a bank while wearing a N-95 mask and a fishing hat. There have been many more frequencies all around the United States.
“Security guards tell us everyday about the shoplifters. They are mostly in the high end store,” said a store owner at the Short Hills mall. Most shop-lifters nowadays come to the mall or small stores wearing hoods, sunglasses, and masks. The crime has gotten lots worse because they have the ability to hide. These criminals feel as though no one is going to do anything about what they are doing because police officers and employees are distracted by other things. Police officers are beginning to step back and act as though they are afraid to discipline the criminals becuase they do not want to lose their jobs due to discrimination.
Malls have changed a lot over these past years. The store owner went on to say, “A man came into my store last Wednesday without a mask on and when asked to put a mask on and he began to curse and say ‘I can’t make any money here.’” Implying that the store wasn’t easy enough for him to steal from.