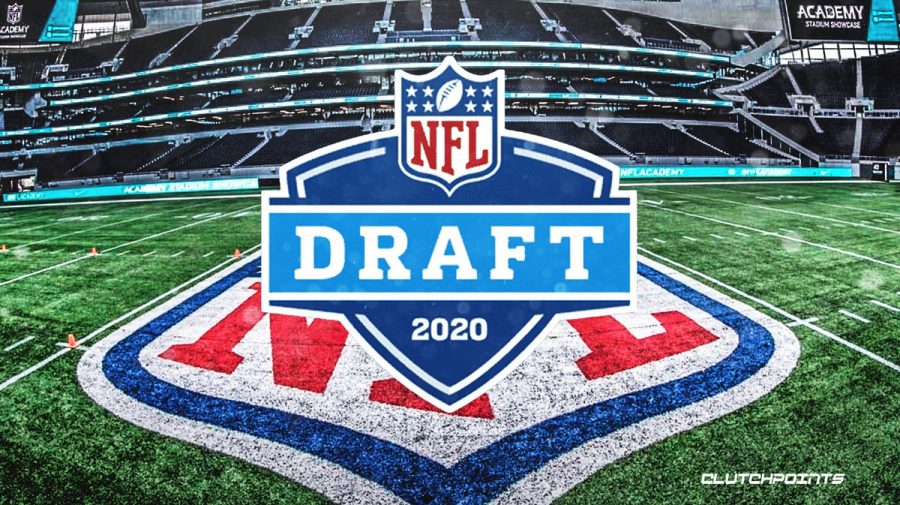 The 2020 NFL Draft will take place April 23-25, and the Crimson shares our predictions for the top 10 athletes who will get picked, in what order, and to which team:

Joe Burrow – The Bengals have the first pick, and the 6 foot 4 LSU Championship-winning quarterback will most likely be the top pick. Accolades include: 2019  Heisman Trophy winner, 2020 National Champion, 2019 Davey O’Brien Award Recipient
Chase Young – The Redskins have the second pick, and the insane 265-pound defensive end from Ohio State will probably be it. Accolades include: 2019 Sack Leader, 2019 1st Team All-Big Ten, 2019 Smith-Brown Defensive Lineman of the Year
Jeff Okudah – The Lions will likely take Okudah from Ohio State (OSU lending 2 of the top 3 picks, but who’s counting?) the athletic corner who made headlines during his time in college. Accolades include: 2019 First Team All-Big Ten, 2019 Unanimous All-American

Isaiah Simmons – The Giants have the fourth pick and will probably take the outstanding linebacker from Clemson. Accolades include: 2019 ACC Defensive Player Of the Year, 2019 Butkus Award, 2018 National Champion

Tua Tagovailoa – The Dolphins have the fifth pick and will likely take the versatile quarterback from Alabama. Accolades include: 2017 National Champion, 2018 SEC Offensive Player of the Year, 2018 Orange Bowl MVP