Baseball and Softball depart on their annual spring training trip 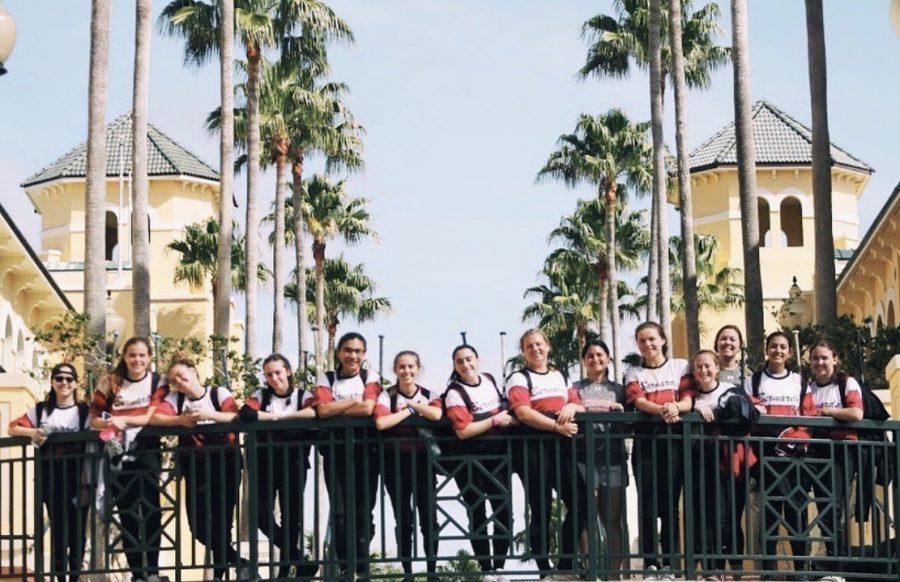 On March 11th the Baseball and Softball teams embarked on their annual Disney Spring Training Trip in Orlando, Florida. The teams departed Wednesday after school and returned on Monday after a successful trip for both teams. Despite concerns that the trip would be cancelled due to COVID-19 and a last minute board meeting just two days before the teams planned departure, both trips went very smoothly and the kids were able to enjoy their stay in Orlando.
The softball team played their first games on Thursday the 11th. A double header against Cheshire Academy in Connecticut. The girls fell short in both games. On Friday they played another doubleheader against Spring Lake Park High School located in Minnesota. They were scheduled to play against the Pingry School but this game was changed due to their cancellation of their Spring Training trip. On Saturday the girls had to play Pennsylvania’s Marple Newtown High School in a double header, due to the drop of The Hunt School. The team took a big loss in the first game, but fell short 3-2 in the second.
On Sunday softball had a double header scheduled against Marple Newtown again but due to strict ruling from their school, prohibiting them from having contact with other schools the games were cancelled and the team instead practiced.
Senior Callie Hunnewell was feeling very sentimental about her last trip to Florida, “Going to Florida with the team is one of my favorite experiences about high school, especially this year. It’s such an amazing group of girls and we never stop laughing when we’re with each other. The trip helps us grow even closer and it’s always so much fun.”
Baseball played a total of three games on the trip. Their first against Brownsville High School in Pennsylvania was a victory. The next team they faced off against was Harbor Creek High School, also located in Pennsylvania. Bernards fell short in the first game of the double header but was able to beat them in the second.
Senior Eddy Gambelli said, “It was a great trip and I feel like we showed a lot of potential and it was overall a great way for the team to just bond and get better.”
For a lot of seniors on both teams this trip could be their last time ever playing the sport they love, so this trip was an overall huge success on both sides. The trip is not only for the enjoyment of all the kids on it but a chance to improve their skills and make a great bond with their fellow teammates.