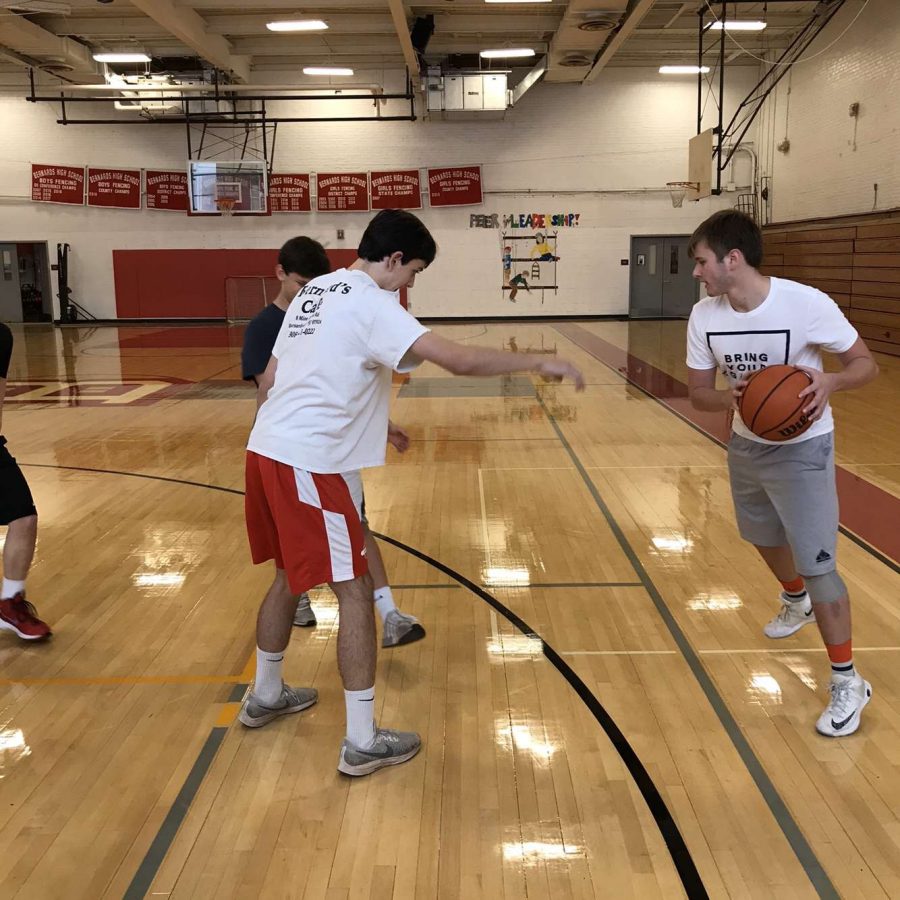 Intramural basketball is a new athletic club being brought to BHS by Juniors Owen Mistele and Oliver Simon. The club is an organized pickup basketball league, where teams of four students will compete against each other.

The league features six, four-man teams, and they will play one game per week on Tuesdays, Wednesdays, and Thursdays after school. Games will be played until 21 using ones and twos on the full court.

Junior and club founder Owen Mistele said, “This club is different because it involves a lot of independence and responsibility to play your scheduled game. It’s like street basketball where you gotta call your own fouls and keep your own score, so it’s very self run. The members get out of it as much as they put in.”

Junior WIll Booher, who is a member of team UC Santa Barbara said, “I’m excited to play in the league and I’m confident our teams gonna take the championship.”

The six teams were all drafted to maintain balance in the league, so many believe that all six teams will be competitive. The teams are all named after various colleges, so it will be Virginia, Duke, Florida Gulf Coast, UC Santa Barbara, Gonzaga, and Wichita State competing for the Bernards High School Intramural championship. Members of the winning team will receive a championship t-shirt, and potentially gift cards from local sponsors.

Those who are not playing in the fall league, but still want to follow along, can keep up with the league Instagram page, @bhsintramural. On the page, followers can track league standings, trades, and all of the league news.

Although room in the fall league is all booked, there will most likely be another season played in the spring, so those interested should contact Owen Mistele or Oliver Simon to be in the GroupMe.

Owen Mistele added, “Students should join the club if they are looking for some competitive basketball that is not too much of a time investment, or if they just want some fun.”